G-AYGE is a STAMPE SV4C no. 242 with a Renault PO3 engine that has an air starter. It was built in France.

In the beginning. After ww2, the French government used to lend planes to 'aéroclubs', in for aéronautical activities and civil pilot training. F-BCGM was one of these aircraft.

It was first registered with ‘A.C Marmande’, the Aero Club of Marmande which was the Aero Club of Gascogne. Vincent Guillon, the secretary of the Aéroclub de Gascogne based at Marmande has confirmed this. On the clubs website, 2 pictures appear that feature F-BCGM. One picture is from the date of delivery in 1946 and the other is in 1952. F-BCGM was used as a training aircraft and a glider tug between 1946 and 1969 when it was sold to the United Kingdom.

The colour scheme remained the same throughout this whole time. Silver with a black lightening flash down the side and black struts, undercarriage and propeller. The tips of the propeller were yellow. You can just make out some lettering on the cowl and this has been confirmed to say " 'Aéroclub de Gascogne Marmande' by Vincent Guillon, Aéroclub de Gascogne's secretary.

On the Registrar's Register of the Directorate General of Civil Aviation (DGAC), we find: 'SV-4C No. 242 built by Ste Nle Const Aero Nord' which is a bad translation of SNCAN for National Society of North Aeronautical Construction. December 5, 1946 was the date of registration by the State for its Service of Light Aviation and Sports (SALS) by DGAC. 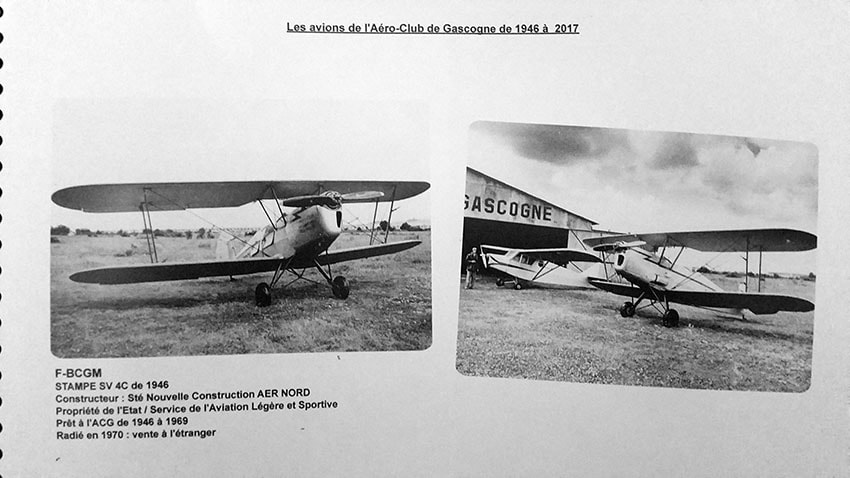 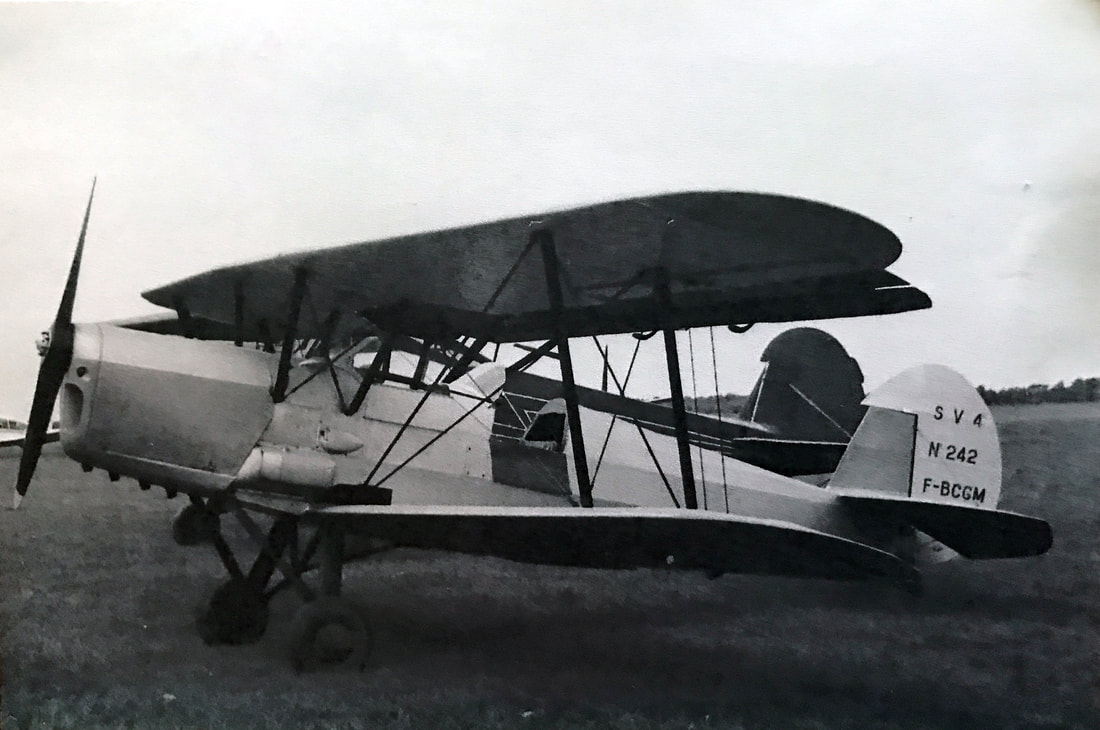 From 1946 on the actual day of delivery. It had not been painted with the Flying Club stripes and name at this point.
Picture above from the Aero Club De Gascogne, Marmande, France. 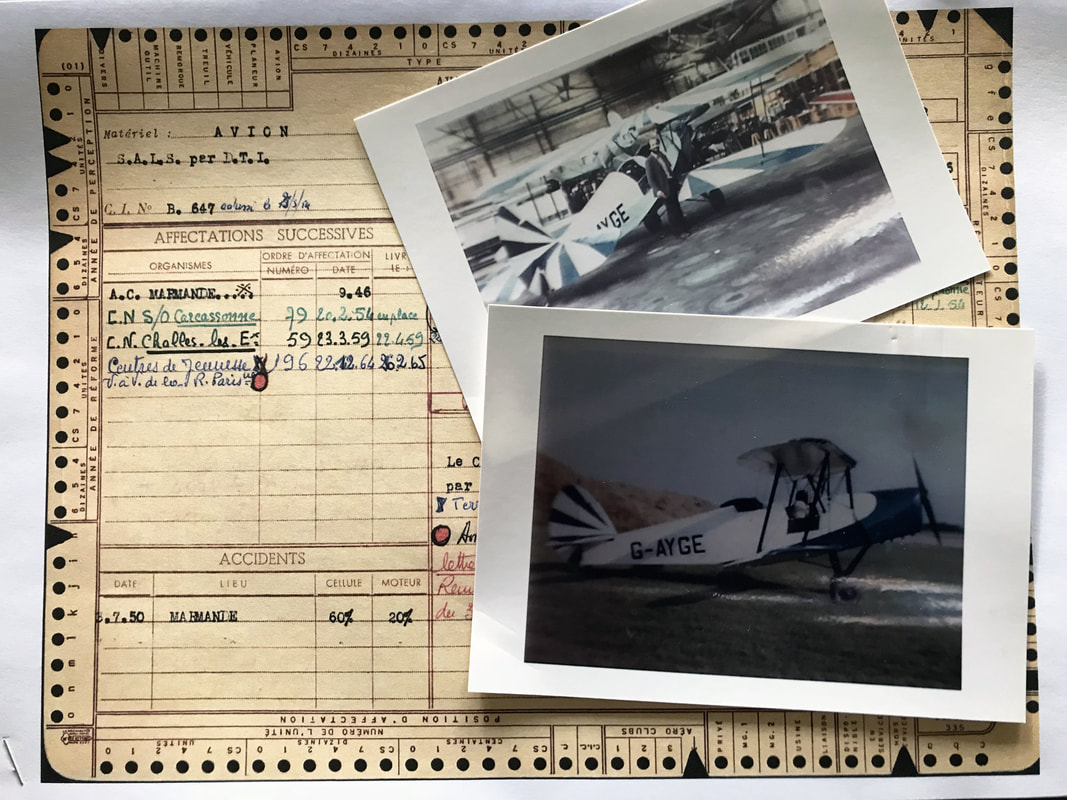 G-AYGE was imported from France (French registration F-BCGM) in 1970. On arrival in the UK it was treated to a new paint scheme that can be seen in the pictures below. The dark colour on the sunbursts was blue and the struts black. The predominant colour was white. The proud chap stood next the aircraft is Jeremy Mitchell who bought the aircraft off Phillip Meeson and learned to fly in it. 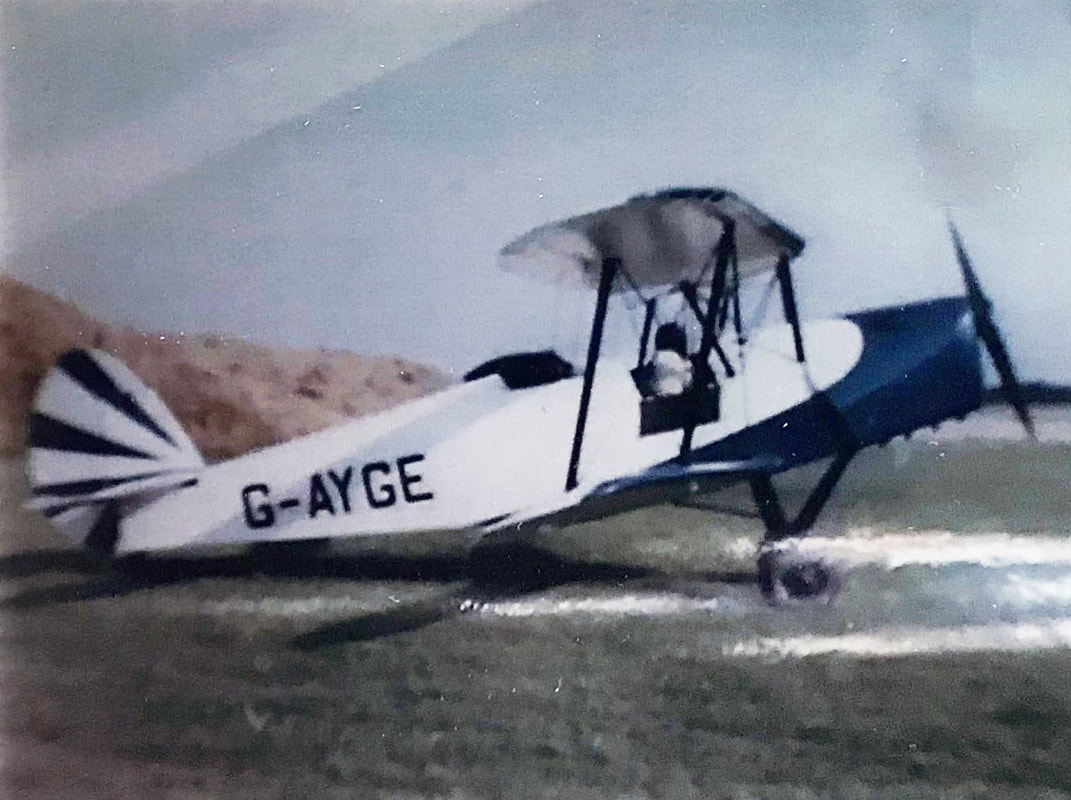 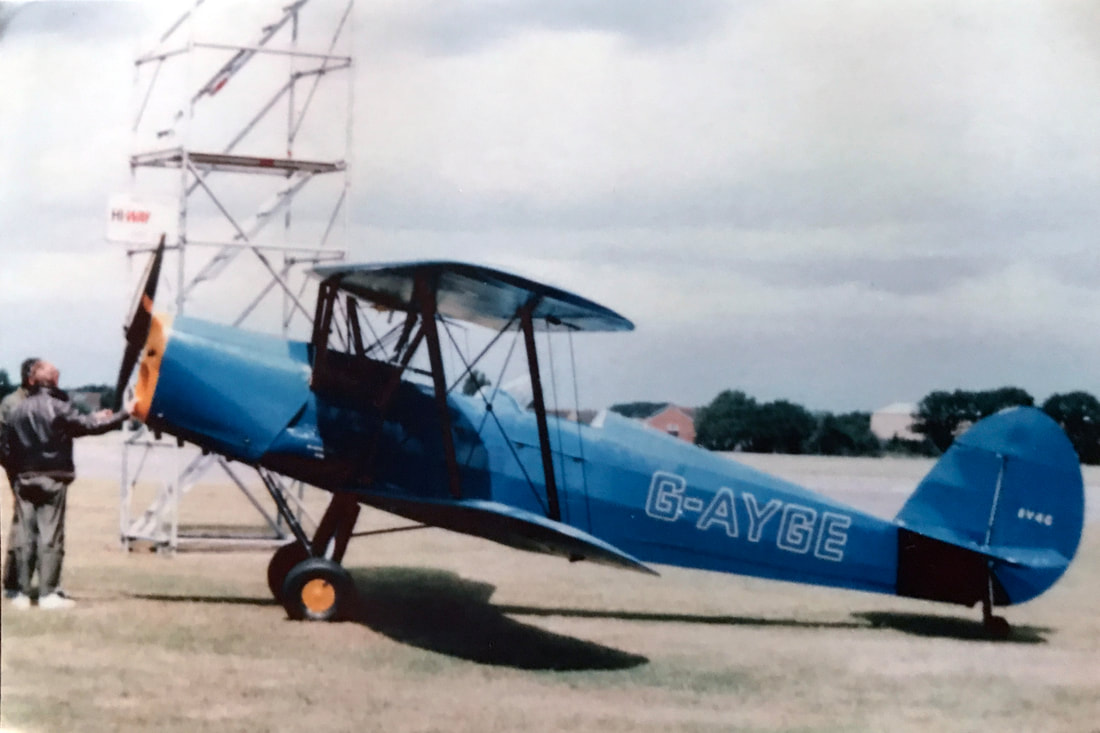 With a love of AC cars I come across many people that have a link with aviation. This surprise was from Toni Bianchi of Bianchi Aviation Film Services.

"Hi Paul, Interesting you bought G-AYGE. I acquired it in the early 80’s for my old friend Amschel Rothschild (RIP) and looked after for about 10 years until Lee acquired it after Amschel’s passing. It was always a decent Stampe. Of course Amschel was a great AC exponent avidly racing a Cobra and later the Wilment / AC Daytona Cobra. I think he also raced an AC Bristol. So you are in good company

The Picture Below is Stampe 241. It was modified for "advanced aerobatics". The wing tips shortened, the fuselage shortened and a modified rudder.  The fuselage had about 8 inches cut off of the back end. It has a P05 engine. 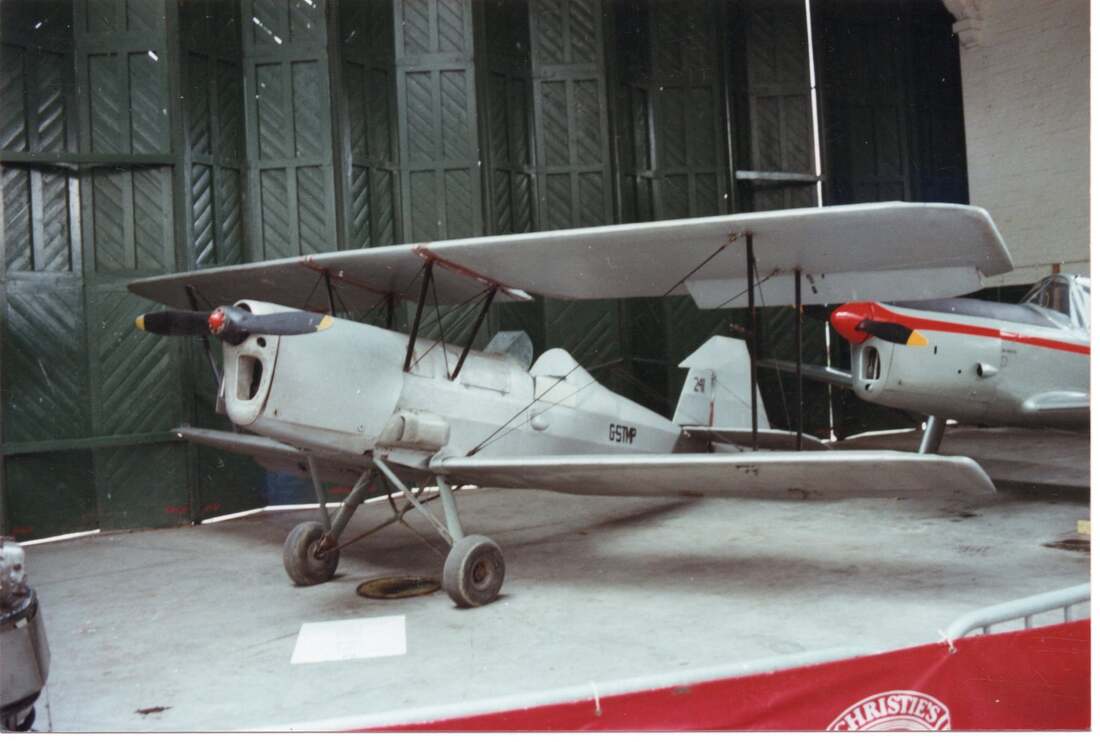